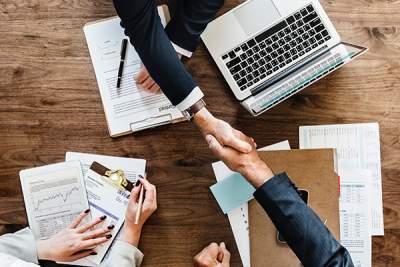 Many employers operate under the misunderstanding that workplace discrimination laws only apply when considering the interests of those who are current employees.  However, the following two examples, one on mental illness and another on criminal records, highlight that such considerations also extend to the recruitment process including prospective employees.

Mr Chalker applied for a position as a coach driver with Murrays Australia Pty Ltd (Murrays). Mr Chalker had been diagnosed with a borderline personality disorder mental illness.

As often is the case, one of the questions in Murrays position application form was:

“Do you suffer from any medical condition, disability or injury that may have an effect on your performance of the duties in the job for which you have applied?”

Mr Chalker responded to this question – “no”.

Murrays required Mr Chalker to undergo a pre-employment medical assessment which he did.  He also disclosed to the examining doctor his mental illness and his prescription medication.  The doctor reported that Mr Chalker ‘appeared agitated, irritable and was difficult during the interview’. He was found to be temporarily unfit for the position of coach driver without further enquiries such as an assessment from an independent psychiatrist.

Murrays decided not to employ Mr Chalker on the basis of him being assessed as temporarily unfit for work and for being ‘dishonest’ about his medical condition on his application form.

Mr Chalker filed a claim in  NSW Civil and Administrative Tribunal (NCAT)[1] against Murrays on the basis that he was discriminated against based on his mental illness.

NCAT found that Mr Chalker had been discriminated against and rejected Murrays argument that he could not perform the inherent requirements of the role without further investigations.

NCAT also found that the conclusion that Mr Chalker was dishonest on his application form was not justified in circumstances where Mr Chalker held a strong belief that neither his disability nor his medication influenced his abilities to perform the role he had applied for.

This decision highlights that employers need to ensure that any recruitment decision should focus on the inherent requirements of the role and the applicant’s ability to perform that role.

Whilst there are have not been any decisions in the last 6 months regarding the issue of criminal background checks, this is often a query that we receive.

Can criminal records be used as a reason not to hire someone?

As noted above employers are subject to the anti-discrimination legislation partaking in the recruitment process. Refusing to employ someone because of their criminal record can be discrimination unless the criminal record is relevant to the person’s ability to perform the inherent requirements of the advertised position. However, what are the implications of this?

Tasmania and the Northern Territory are the only states that have legislation that specifically makes it unlawful to discriminate against a prospective employee based on “irrelevant” criminal records.  The other states have no provisions addressing this.

You may be aware that the Australian Capital Territory: Discrimination Act 1991 (ACT) prohibits discrimination on the basis of sex, sexuality, gender identity, relationship status, status as a parent or carer, pregnancy, breastfeeding, race, religious or political conviction, disability, including aid of assistance animal, industrial activity, age, profession, trade, occupation or calling, spent conviction, and association (as a relative or otherwise) with a person who has one of the above attributes.

Consider, in contrast, situations relating to an employee who is then charged or convicted of a criminal offence:

In this case, the Employee was dismissed after pleading guilty to paedophilia.  Ultimately the dismissal was found to be fair but only on the basis that the media coverage surrounding his proceedings meant that he could not continue his work duties without significant harm to the employer’s business and reputation.

The focus is there being a relationship of the requisite degree between the employment and the criminal conduct.

In this case, the Employee was charged with being an accessory to murder after the fact and was released on bail. The Employee was dismissed on basis that the business was concerned with reputational damage, and the potential for other employees to resign should he continue to work there. Fair Work Commision (FWC) held that those concerns were valid, but the dismissal was unfair as they failed to afford the employee procedural fairness.

Share on facebook
Share on linkedin
PrevPreviousThe Fair Work Commission Performance Overview 2018, Must Read For All Employers
Next10 Days for Complaints Under the New Government Procurement (Judicial Review) ACT 2018Next