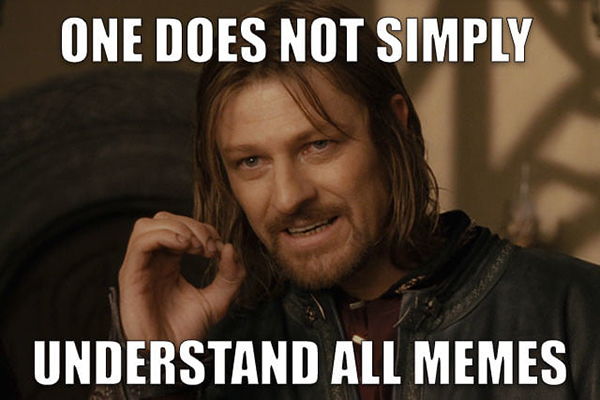 The internet has been an area of controversy in employment law for a number of years. Many late-night rants and political outbursts have been the subject of unfair dismissal proceedings. What we post on social media can easily be viewed by our employers. It often has a direct bearing on our employment when content is published that is inconsistent with employment agreements, or the values, codes of conduct and policies of the organisations we work for.  But what about memes?

Internet memes have become a cultural phenomenon and are now a common way in which individuals relate to one another and communicate humour. The increasing popularity of memes has seen them permeate our everyday lives, including our workplaces. Whether it’s a joke, phrase, image or video, memes are everywhere. The line between using memes to joke in good spirits with your colleagues and using them to offend or make fun of your employer was clarified in the recent case of Scott Tracey v BP Refinery (Kwinana) Pty Ltd [2020] FWCFB 820.

A Western Australian BP worker was dismissed last year with pay in lieu of notice after sharing a meme video of the German-language movie Downfall which depicts a frustrated Hitler on the brink of the Nazi regime’s collapse. The meme, which has been adapted and reproduced thousands of times, was used in this instance to parody long-running negotiations BP employees were engaged with over BP’s Enterprise Agreement. The video was shared to a private Facebook group comprised of the dismissed employee’s colleagues. The employee was essentially dismissed on two grounds:

The employee filed an unfair dismissal claim which was initially rejected by the Fair Work Commission (FWC) due to the video being classified as inappropriate and offensive. The decision was appealed.

Decision of the Full Bench

On appeal, the Full Bench of the FWC decided that it was not open to the Deputy President to characterise the video as likening BP management to Nazis. The Full Bench stated that the video was clearly satirical both in and out of what the FWC called its “memetic context”. Anyone with knowledge of the meme would not reasonably conclude that it was making a point about Hitler or Nazis. The Full Bench decided to grant the appeal on the basis that it concerned the “capacity of employees to engage in legitimate criticism of management…” during an industrial dispute.

The Full Bench concluded that the employee was unjustly and unreasonably dismissed because:

This case also serves as a cautionary tale for employers. Griffin Legal recommends undertaking a thorough investigation into allegations of misconduct before making any ill-considered decisions about the dismissal of employees. Some types of satire and critique can be considered perfectly legitimate and build rapport among employees.