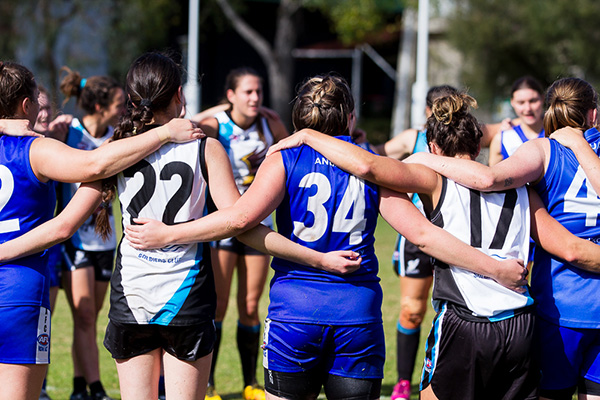 The general principle reflected in the case law is that members are only liable for their subscriptions or membership fees under the association’s constitution. This principle comes from the well-cited and approved case of Wise v Perpetual Trustee Co Ltd, where it was said:

“no member as such becomes liable to pay to the funds of the society or to anyone else any money beyond the subscriptions required by the rules of the club to be paid so long as he remains a member.”[3]

“The fact that the members of a society have entrusted its affairs and management to a committee does not give the committee authority to make contracts binding on the members.”[4]

This principle was relied upon in the case of Bradley Egg Farm v Clifford,[6] where Bradley Egg Farm had its poultry negligently tested by an unincorporated association, causing loss. Bradley Egg Farm attempted to sue the committee for breach of contract. The Court held that the plaintiff couldn’t sue the association because it was not a separate legal entity, or the individual members because their liability is limited to their subscription. The Court did, however, conclude that where the committee members take on the role of the organisation and ratify a contract, they are personally liable. In this respect, Scott LJ, with whom Goddard LJ concurred, concluded:

“Making a contract … is essentially a function which cannot be performed without somebody accepting personal responsibility to perform the contract and pay money and the business men who accept the office of being on the executive council, seem to me to be the persons whom the law must regard as pledging their own credit in order to perform the duties which they voluntarily undertake for their so-called “society”.[7]

Ultimately, it was held that the committee members were personally liable for breach of contract. This principle was applied in Peckham v Moore.[8] In Peckham, a person was engaged to play football with an unincorporated association from 1970 – 1972. The contract was signed by the club Secretary acting ‘pursuant to resolution and authority for and on behalf of the association’. The player suffered an injury and applied for worker’s compensation. The NSW Court of Appeal held that the player’s employers were not the committee members of 1970, but those in 1972, when he suffered the injury. The court drew a distinction in this sense between short-term and long-term contracts entered into by the committee at different points in time. This point is an academic one. The relevant principle applied in this case is that the committee was personally liable, not the members of the association.

A third case supporting this principle is Carlton Cricket & Football Social Club v Joseph.[9] In this case, the Fitzroy Football Club (‘FFC’) entered into an agreement to play games on a ground leased by the Carlton Cricket & Football Social Club (‘CC’), which was signed by the President and Secretary of the FFC. FFC then entered negotiations for the use of St Kilda club grounds. CC, an incorporated body, bought an application for an interlocutory injunction to prevent the FFC from reaching an agreement with St Kilda. Gowans J refused to grant an interlocutory injunction because the CC had no probability of establishing that a contract existed between them and the FFC, its officer or members, past or present. This is because when the agreement was signed it was for a period of 21 years, and the court considered that the committee and members could not have intended to make themselves liable for such a period. Importantly, however, the Court accepted the decision in Bradley and affirmed that it is the committee of an association that is ultimately liable for the contract of an association, albeit, a short-term contract as opposed to a long term contract. [10]

Fletcher suggests that outsiders, committee members and even judges appear to recognise that the committee is a ‘convenient surrogate for the association’.[11] Additionally K. Fletcher goes on to say that the case law supports the argument that committee members will be liable on normal contractual principles if they make the contract themselves or if they authorise the making of contracts on their behalf, or subsequently adopt such a contract by ratification. This is because in more recent cases, it is argued, courts seem to have accepted ‘without demur denial’ that the association name in contracts is merely a shorthand term for the committee of the association.[12]

As the case law shows, where a committee enters into a contract or ratifies a contract, including a contract for the supply of a service, or an employment contract, they will be personally liable for any breach. Therefore, it is important that the association’s constitution include an indemnity clause, whereby the committee is indemnified by the members for loss or damage they suffer carrying out their functions.

For more information on how to practically apply the case law to your association’s constitution, to discuss the limitations and functions of committee members or to discuss detailed steps towards incorporation, contact us here.